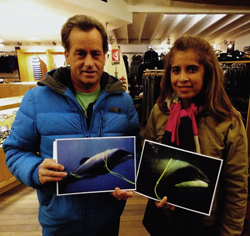 Surfing legend Tom Curren has been the world champion three times (1985, 1986, 1990) and won 33 championship events in his professional career, a total only bested by Kelly Slater. He achieved near-mythical status both for his competitive drive and for his smooth, powerful surfing style. He made a high-profile decision to retire from competitive surfing in the mid-1990s. He led the surfing revolution in the early '80s and inspired many of the surfers today, showing them how to surf a wave. Curren is a fascinating study in contradictions; he has a surfing style that at combines smooth, rhythmic, seamlesslesly linked maneuvers with blinding speed, raw power, and unique check turns and body English.

Curren has played a variety of instruments since fifteen. His drumming, bass, guitar, singing and composition took a form that reflected his unique personality. Famously reclusive, his musical gift was only recognised - although highly regarded - among a small enclave of musical celebrities. Tony Levin, former bassist for the band King Crimson, says that he's never seen an individual master the chapman stick like Curren, in or out of the water.

The music of Curren features raw and honest performances. The folk influence, bluesy, gritty feel with a minimalist approach may have been seen as contradictory to what some believe as the 'surfing music market.' However, the recording success of his long-time friend Jack Johnson, is testament to the fact that the 'surfing music market' is a past tense definition, and that the market is receptive to a wide variety of styles.