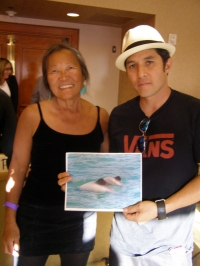 Hosoi started skating at seven or eight years old with veterans such as Shogo Kubo, Tony Alva, Stacy Peralta, and Jay Adams as his idols. His father, Ivan "Pops" Hosoi became the manager of the Marina Del Rey Skatepark, and Christian quit school and spent his time there where he quickly developed his emerging talent. In 1979, as an amateur, Hosoi was sponsored by Powell Peralta. He left Powell Peralta a year later when they wouldn't allow him to turn professional and joined Dogtown Skateboards. After Dogtown went out of business shortly thereafter, he turned pro at the age of 14 with Sims Skateboards.