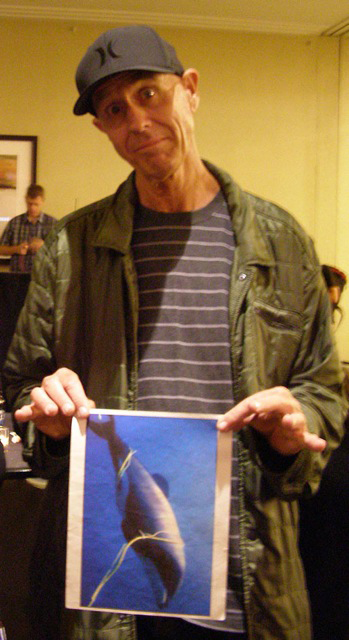 C. R. Stecyk III is a multimedia artist widely acknowledged as a major influence within the genres of graffiti and street art. He has participated in more than 300 international exhibitions and his work is included in a number of public collections. A surfboard shaped and painted by Stecyk resides in the permanent archive of the Smithsonian. He was also a writer and production designer on the Sundance award-winning documentary film Dogtown and Z-Boys.

Stecyk co-founded the innovative Zephyr atelier, where the boards he painted for individuals such as Skip Engblom, Miki Dora, Jay Adams, Jeff Ho, Tony Alva and Joel Tudor helped to establish the graphic styles of both surfing and skateboarding.