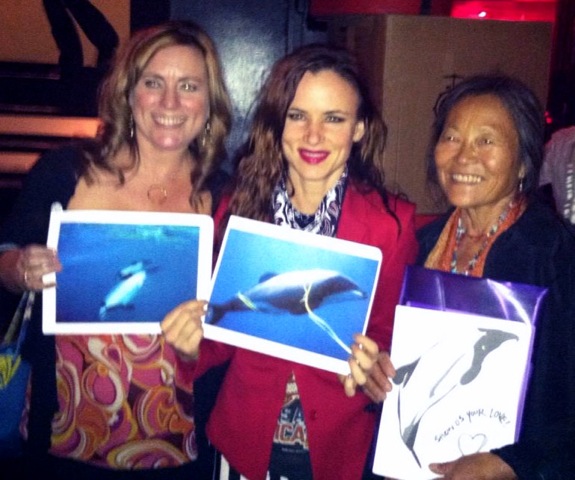 (born June 21, 1973) is an American actress and singer. She gained fame for her role in the 1991 thriller Cape Fear for which she was nominated for both an Academy Award and Golden Globe for Best Supporting Actress. This followed with major roles in What's Eating Gilbert Grape, Natural Born Killers, Strange Days, The Evening Star, Kalifornia, From Dusk Till Dawn, and The Other Sister. Her work in television has resulted in two Emmy nominations.

Lewis launched a career as a singer and musician, leading the American rock band, Juliette and the Licks, until 2009 when she launched a solo career.

Thank you Juliette, pictured center between Jeanne Harris (left) and Peggy Oki (right) for Showing Us Your Love!