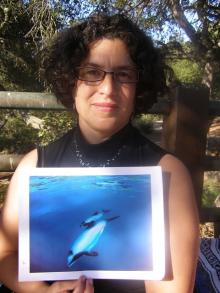 Very well-liked, Mayor Schneider's CV points to someone doing a lot of good for Santa Barbara. Upon meeting over 4 years ago she voiced concerns against commercial whaling, and we thank her for also "Showing Us her Love" for "our" Maui's & Hector's Dolphins.