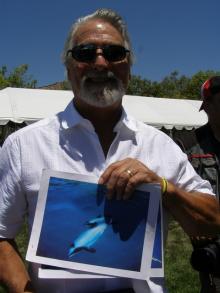 Brad Lackey was one of America’s pioneering motocross racers of the 1970s and ‘80s. In 1972, Lackey won the AMA 500cc National Motocross championship. In 1982, after a decade of trying, he became the first American to win the 500cc World Motocross Championship. During his career, Lackey rode for CZ, Suzuki and Honda, but in the United States he is most closely associated with Kawasaki, the team with which he won his AMA title.

Lackey was inducted into the Motorcycle Hall of Fame in 1999. Today, Lackey continues his involvement in the sport of motocross taking part in vintage motocross racing.