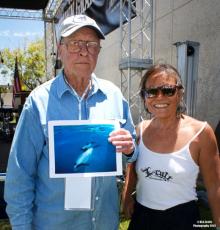 single-handedly changed the face of surfing with The Endless Summer. It portrayed the wave as a kind of Holy Grail and surfers as knights on a quest. In one stroke, he replaced Hollywood’s buffoonery with the popular mythology that endures today. The Endless Summer was Brown’s sixth surfing film in a career that started almost accidentally and proceeded according to the guerrilla template of the times — shoot all winter, edit in the spring, run your ass off all summer showing the damn thing (including doing your own live narration) in school auditoriums and small halls, then pack up for another winter on the road and do it all over again. With The Endless Summer, Brown broke that mold.

In 1971, directed by Bruce Brown directed On Any Sunday, an American documentary feature about motorcycle sport, . It was nominated for a 1972 Academy Award for Documentary Feature. This documentary follows the lives of motorcycle racers and racing enthusiasts. Brown tried to show the unique talents needed for the different forms of racing. Actor Steve McQueen is featured in the film, along with Mert Lawwill, Malcolm Smith and many other motorcycle racers from the late 1960s and early 1970s.