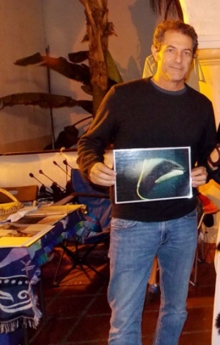 Shaun Tomson has been listed as one of the 25 most influential surfers of the century and as one of the 10 greatest surfers of all time. During his career he was both the youngest and oldest surfer to win a pro event and is considered to be one of the architects of professional surfing.

In 1975, Shaun was an integral part of the "Free Ride" generation. Along with Australians Rabbit Bartholomew, Mark Richards, Ian Cairns, Peter Townend and Mark Warren, they rode the infamous waves along Oahu's legendary North Shore with a style, aggression, and raw courage unseen prior to their arrival. Collectively, these surfers changed the face of surfing and were the first to really apply themselves as serious professional surfers. With his good looks, eloquence, and undeniable athleticism, Tomson served by default as the face and voice of this movement, and he is still viewed as the prototype blueprint for today's pro surfer, with legions of fans throughout the world. Tomson won the highly coveted IPS World Championship in 1977.

Shaun Tomson has appeared in many films including Free Ride, Fantasea, Many Classic Moments, and In God’s Hands. Tomson also co-produced an award winning full length feature film about the benchmark mid-70's surfing era called, "Bustin' Down The Door" which premiered in early 2008. He also wrote and narrated a documentary about Jeffreys Bay called "A Pure Line."

Tomson is a board member and ambassador for Surfrider Foundation, the world’s largest environmental group dedicated to protecting the world’s oceans, waves and beaches. In 1984 he was the first professional surfer to become a member of the foundation and was Chairman of the Advisory board. In 2002 he received the Surf Industry Manufacturer Association Environmentalist of the Year Award for his environmental efforts.